Five Facebook Messenger Bot Mistakes and How to Avoid Them 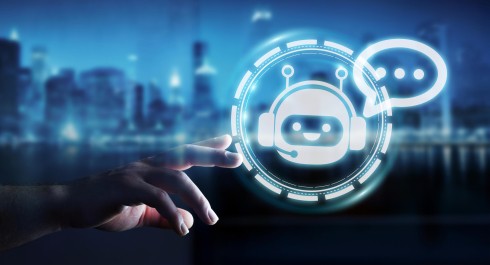 Shortly after Facebook Messenger bots were introduced in 2016, there was a lot of debate in the marketing world as to whether or not they actually worked. Truthfully though, Messenger bots do work. In fact, they can greatly help a business and its customers. Those who haven’t had success with them have likely made one of the following five Facebook Messenger bot mistakes that derailed their campaign.

1. Not Having a Bot Strategy

2. Not Creating a Unique Bot Name

There’s a couple of reasons why successful bots don’t have names like “Mary”. The first is that it’s highly unimaginative. The second reason is that because on Facebook the names of people and bots are all categorized together. When users search for a name it may turn up an actual person, which isn’t going to benefit the business. To avoid this, it’s important to assign your bot a very unique and creative name that won’t be confused with anything, or anyone, else.

Customers like interacting with bots. In fact, if they can complete an entire transaction without the help of a human, they prefer it. However, this doesn’t mean you should try to trick them into thinking the bot is human. While Messenger bots can be very human-like, they are still automated programs. Telling the customer this upfront will help prevent them from getting frustrated in case the bot has to transfer the transaction to a human, or can’t answer a question.

4. Not Testing the Bot

Before a bot is released to the masses, it needs to be tested. If not, issues are bound to pop up that will frustrate the many people trying to use it. That could turn them right off the business entirely. Instead, collect a group of beta users and release the bot only to them. They’ll feel privileged to be part of the test group, and will be eager to provide insightful feedback. Once the bot reaches the masses, they’ll be grateful they’re not running into silly issues while trying to use your bot.

It’s important to remember that while Facebook Messenger bots are becoming increasingly popular, it’s still important not to take your customer’s inbox for granted. Messaging is an extremely personal act that many customers typically reserve for family and friends. While the occasional message is going to be appreciated by the customer, being bombarded by messages constantly won’t. Facebook Messenger bots can be extremely effective for any business. But that’s only if their designer can avoid making these top five mistakes that can bring a campaign to a halt.